These Organic Forms of Concurrence were drawn in the summer of 2012, outdoor in Normandy at the seaside (in Houlgate, Honfleur and Mesnil-Val). Since this was a windy environment, some minor blurs occurred when the paper was blown upwards against my brush, so be it.

They consist of a rhythmic basic abstract form, repeated, which I already employed before, and still use since, in my series Proposed Symbioses. One of the purposes was to draw that which cannot be drawn with any pigment: the continuous empty line(s) between the almost connecting forms.

The basic form can first be seen as a letter:

This elemental shape can however at the same time be seen as a simple representation of a house: either as a plan, three walls and a door, or in section, two walls and a roof. From this perspective, the drawings become architectural phantasy structures with streets, routes and quarters.

Furthermore, the chains I design with them also biologically resemble the structure of DNA, as well as cells in an organism.

My last association with this basic form is that of rhythmical musical notation: ♫ but without the noteheads: an equal rhythm of double tempo. Seen this way, the strings of signs invoke visions of a possible proposed polyphony.

These drawings being abstract however, they can mean all these things which I had in mind when creating them in one, varying from microscopic to macroscopic interpretations, or yet none at all. Or yet none at all, for at the same time none of these was intended as a sole correct interpretation. Rather, they were intended as paradoxes: to mean all of these together and nothing at all at the same time. They do not represent a message therefore, nor a truth, but an abstractly visualized layered reality.

The Sennelier shellac ink is transparent and slightly shiny, which represents the bright light conditions at the Normandy coast very well. On a sunny day, the reflections of light by the water and the bright yellow beach became at times almost overwhelming. And so the color of the shellac ink became a very inspiring material. When drawing indoors, the colors are subtly different, though still beautiful. 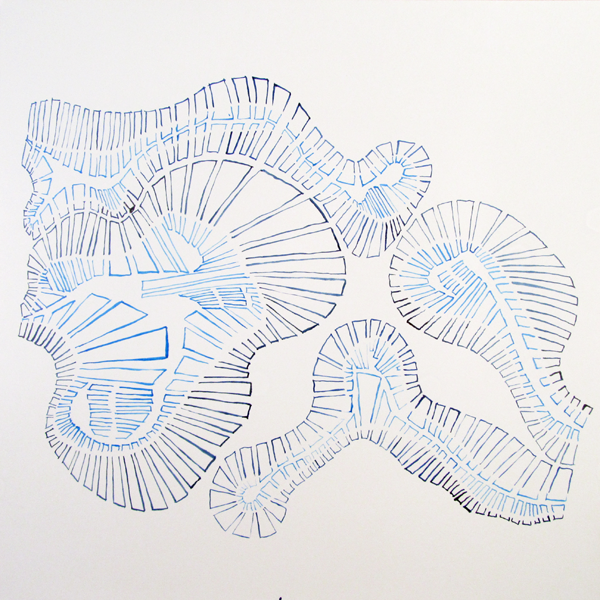 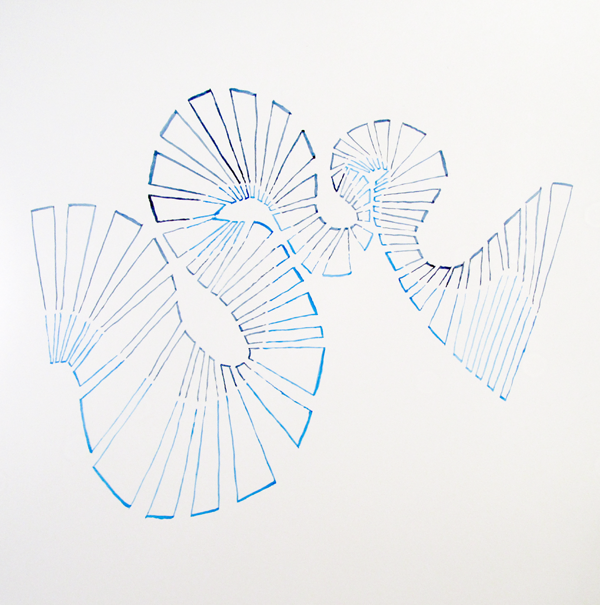 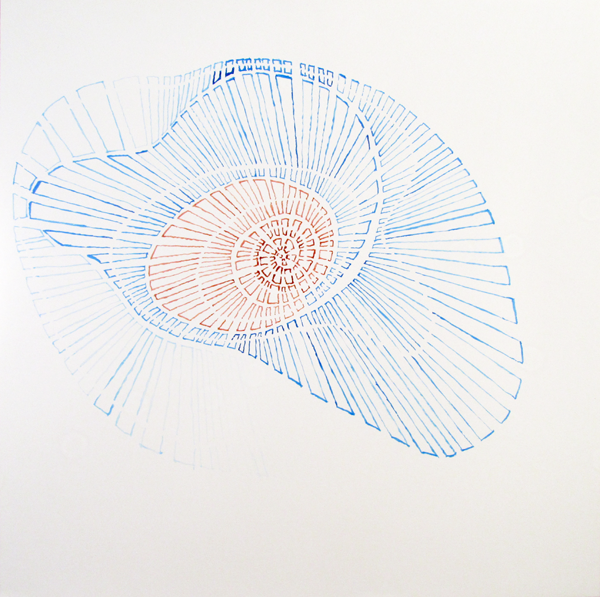 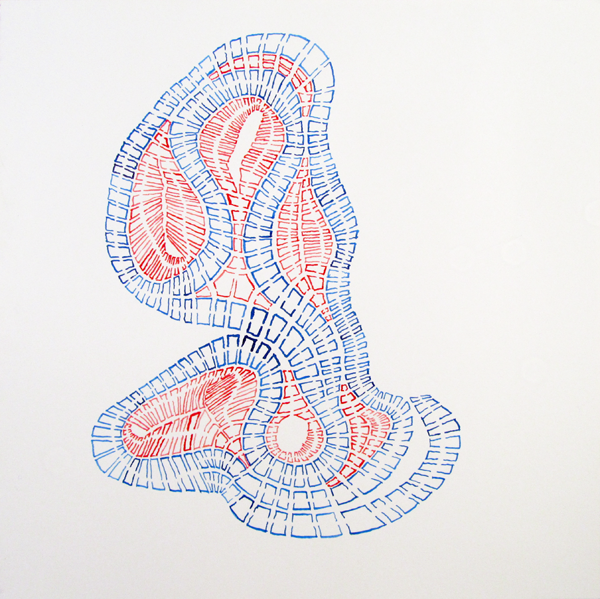 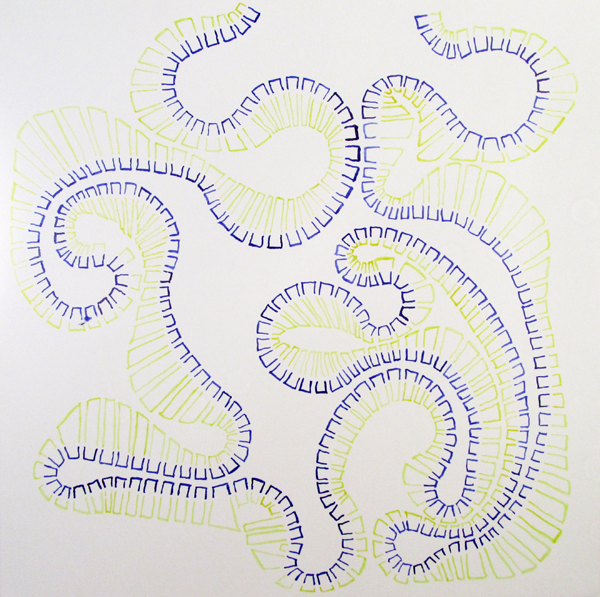 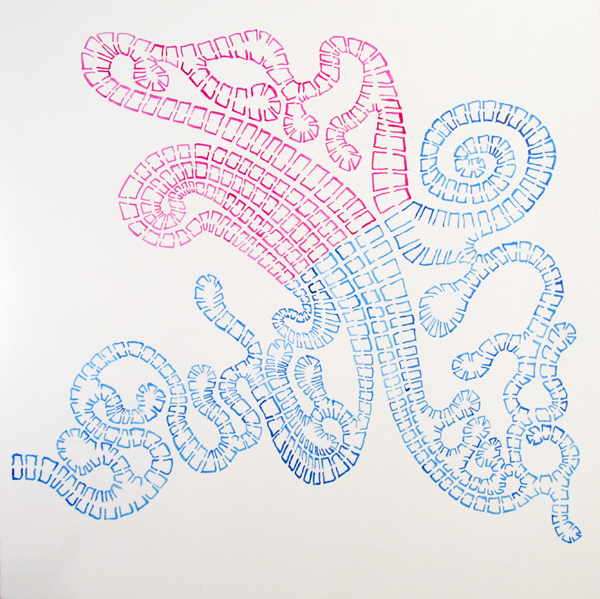 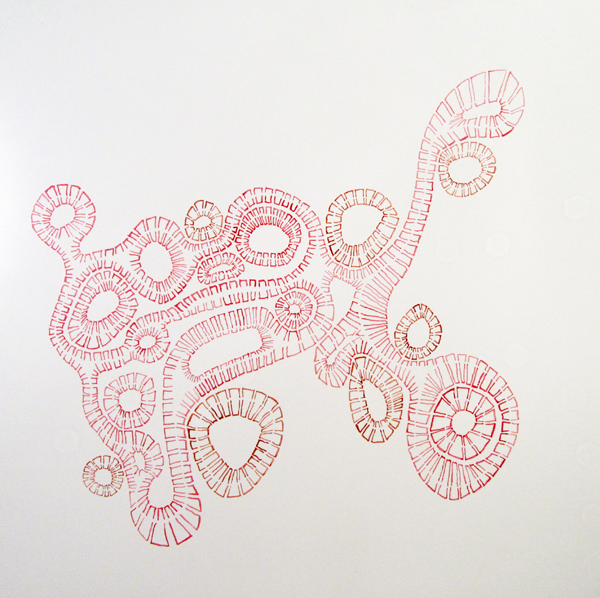