The Babel Alphabet was painted in the Spring of 1993.

The alphabet paintings were first exhibited in Den Haag later the same year, together with an installation by Isaak Goldschneider, also on the theme Babel.

Isaak Goldschneider created a composition called BABEL as well, which was performed by Rocco Havelaar on viola, Isaak Goldschneider on bass clarinet and piano, and Oscar van Dillen on flute and alto flute, at the Royal Conservatory of Den Haag, also in 1993.

To the theme Babel I decided to paint an alphabet, in which I see the first prerequisite to overcome the communication problems in the myth implied. Having had a lifelong fascination with alphabets, I collected all alphabets I encountered during childhood in four handwritten volumes which I still own, and may yet publish sometime in the future.

The myth of the Tower of Babel1 describes the concerted human efforts (artists and scientists are of course meant) to create a construction to bridge heaven and earth and build a tower for this very purpose. This attempt is then frustrated by a higher power who punishes the humans by a Machiavellian divide et rege: mankind is split in a diversity of people suddenly speaking different tongues. No longer able to understand each other’s languages, the tower is doomed to remain unfinished in the myth.

It is a strange coincidence that this myth is mainly known to us by a source from religion. The very word religion is derived from the Latin verb religere: to reconnect. To reconnect “heaven and earth” may be said to be the advertised purpose of religion. Such a purpose may certainly be said to be similar to the purpose of science as well, which at present is on the verge of discovering the exact links between mind and matter. The practice of connecting mind and matter can also be called art: a true artwork is the very embodiment of a mind, of ideas and emotions. And here are the three rivals of the myth of the Tower of Babel: science and art as represented by the master builders and artisans, and religion as represented by the higher power and called “god”. In the myth, written by religion, they are on two opposing sides, so in the myth, written by religion, religion was made to win.

We still suffer from the rivalry of these artificial enemies today, and both are by now equipped with contemporary tools. Some are caught in the middle, called upon to choose sides.

But this enmity need not be so. For sure, contemporary governments around the world have unleashed a new Iconoclastic Fury against the arts and sciences alike, accompanied by a large media offensive, attacking the credibility as well as the employment of those involved in art and science. This has e.g. led to the replacement of science textbooks on biological evolution by creationist propaganda in some countries, but also to imbalances in the economy (not to speak of the continued rape of our “spaceship earth”). John Ruskin once wrote2:

“Great nations write their autobiographies in three manuscripts—the book of their deeds, the book of their words, and the book of their art. Not one of these books can be understood unless we read the two others; but of the three, the only quite trustworthy one is the last. The acts of a nation may be triumphant by its good fortune; and its words mighty by the genius of a few of its children: but its art, only by the general gifts and common sympathies of the race.”

When thus a major area of human endeavor and activity is boycotted and attacked, it is no wonder that an economic crisis cannot be solved, for the true crisis runs far deeper than mere money.

The Babel myth can then alternatively be seen as a warning:  scientists and artists, professionally critical people already, don’t need others to set them up against each other, as they are all too aware themselves of the mutual differences within common grounds. Once these common grounds are forgotten or abandoned however, all collaboration on the “tower” must be abandoned as well…

Each Babel painting is almost as large as my small studio at the time permitted me to work back in 1993: 200 x 125 cm. They are painted in acrylic paint, with several large pigs hair brushes, on paper. In them, I tried to capture the sound, the space, the inner light and the (abstract, so polysemic) meaning of 26 letters, and to construct an image alphabet for an imaginary united (and naturally peaceful, because more curious than jealous) humankind. 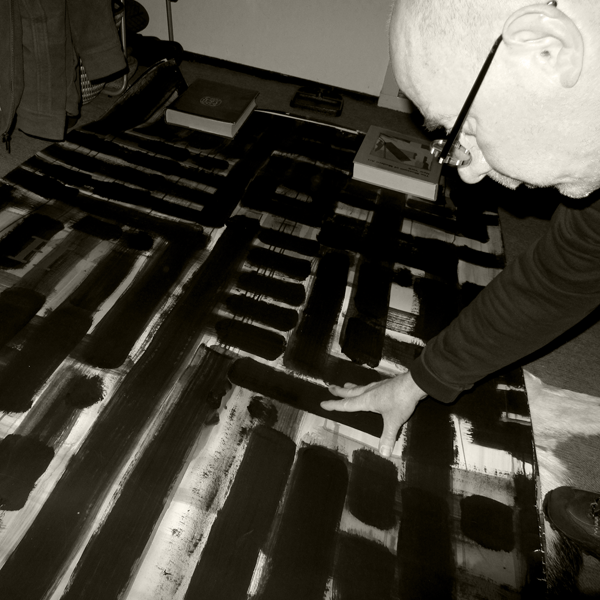 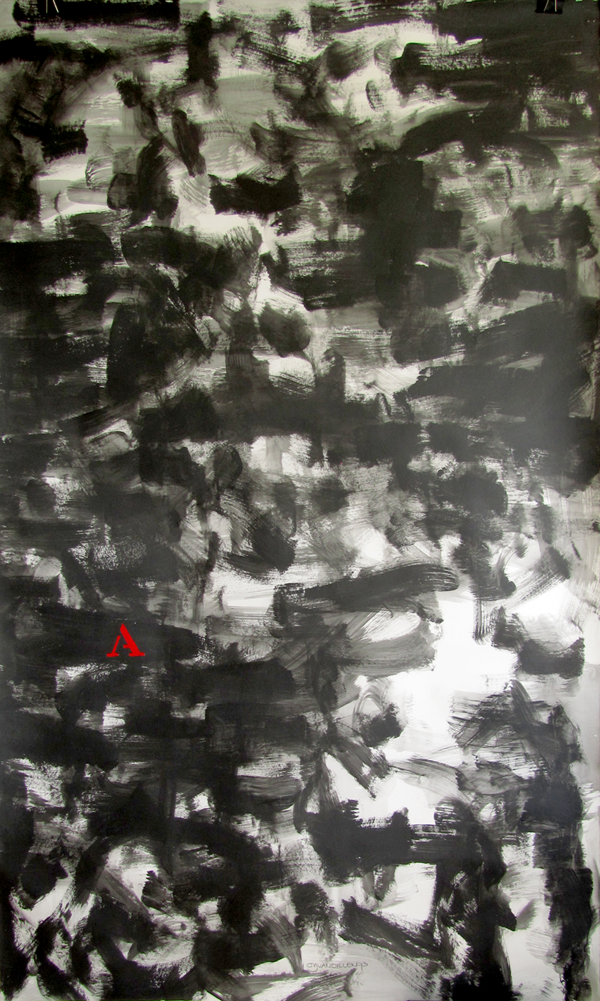 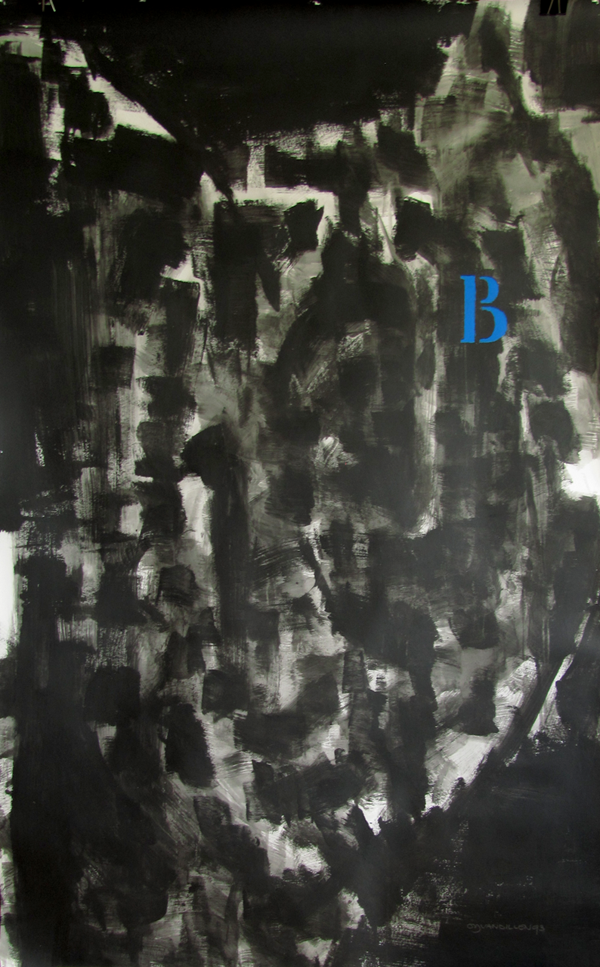 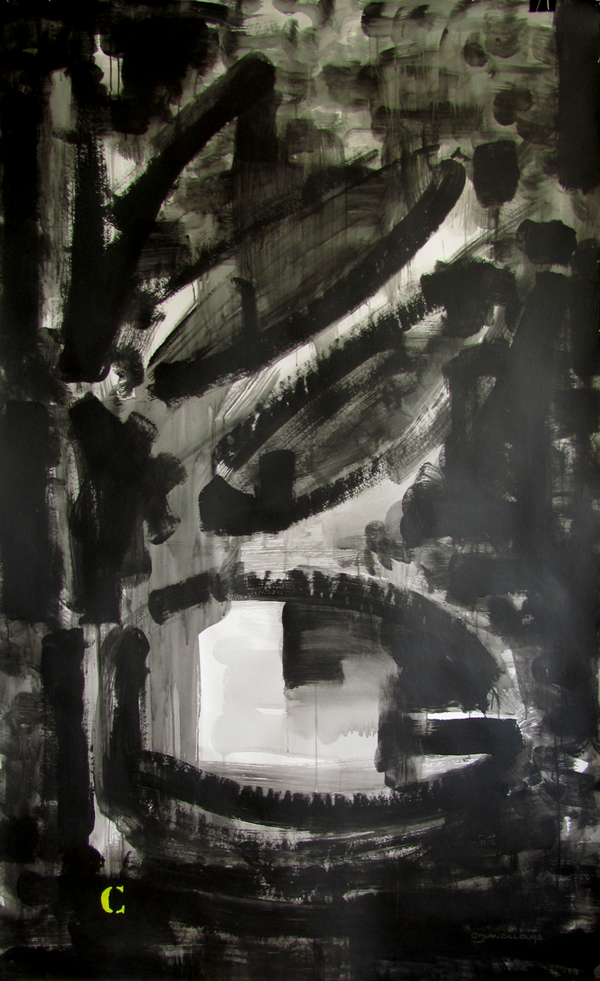 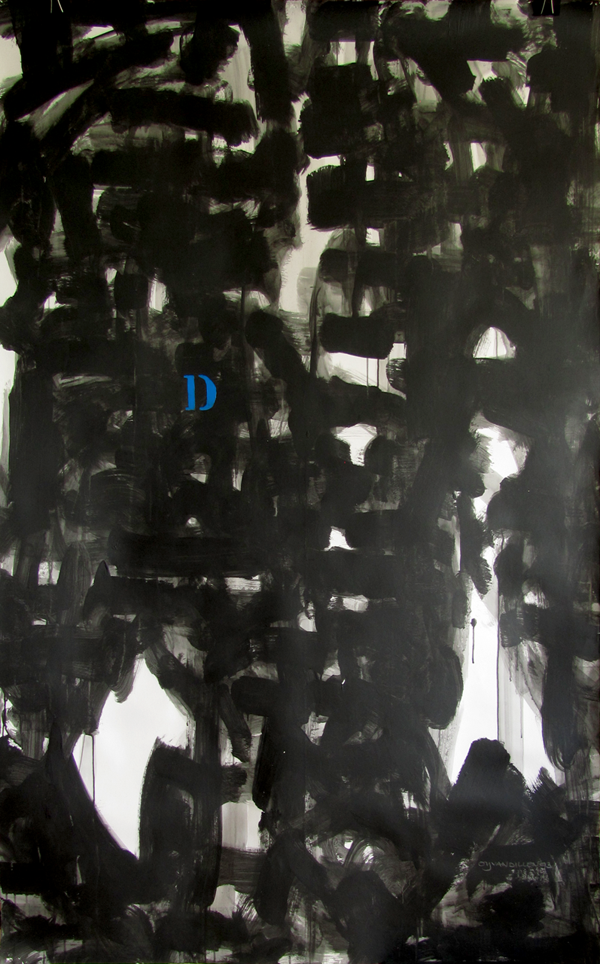 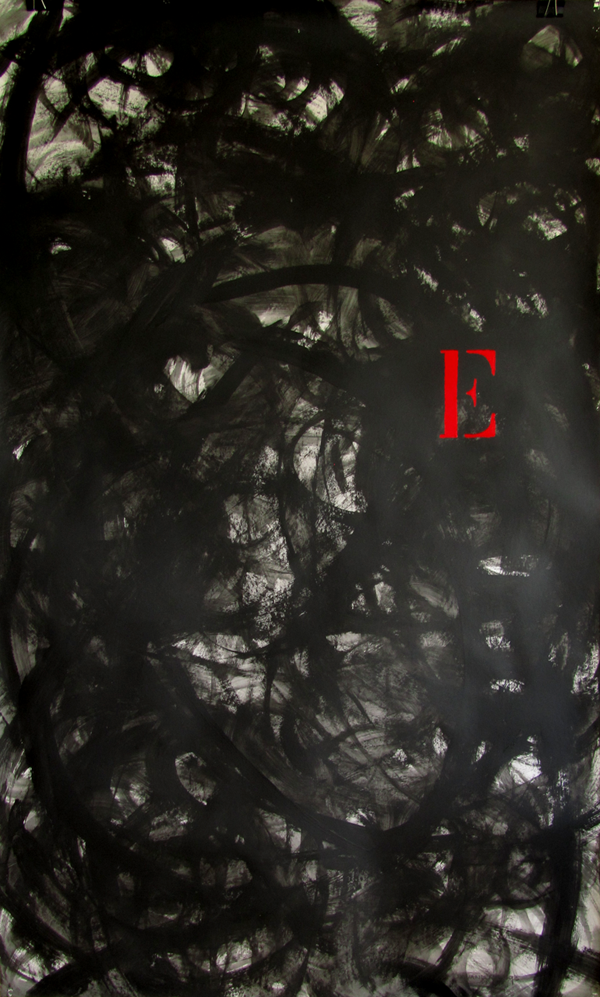 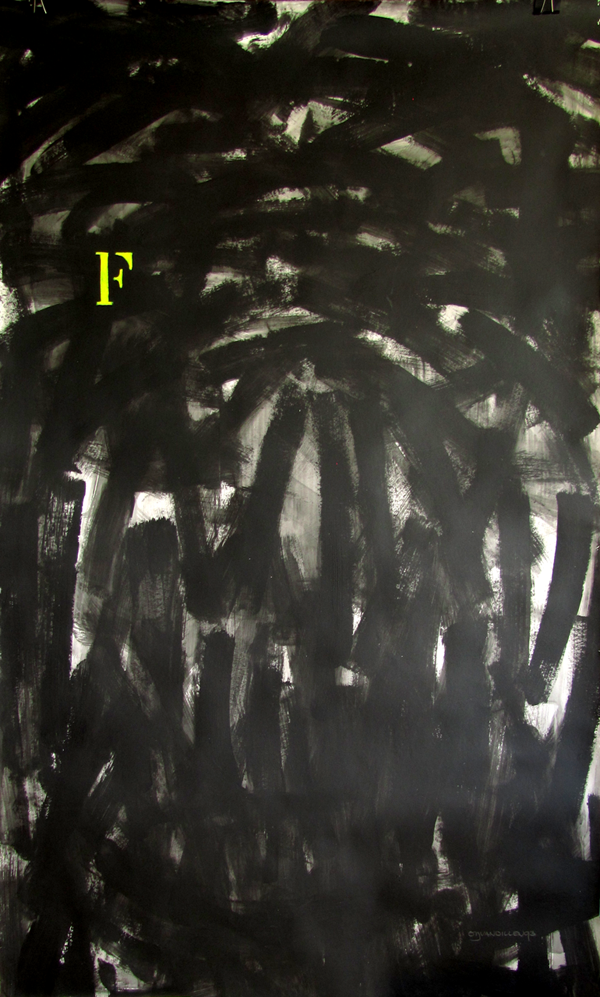 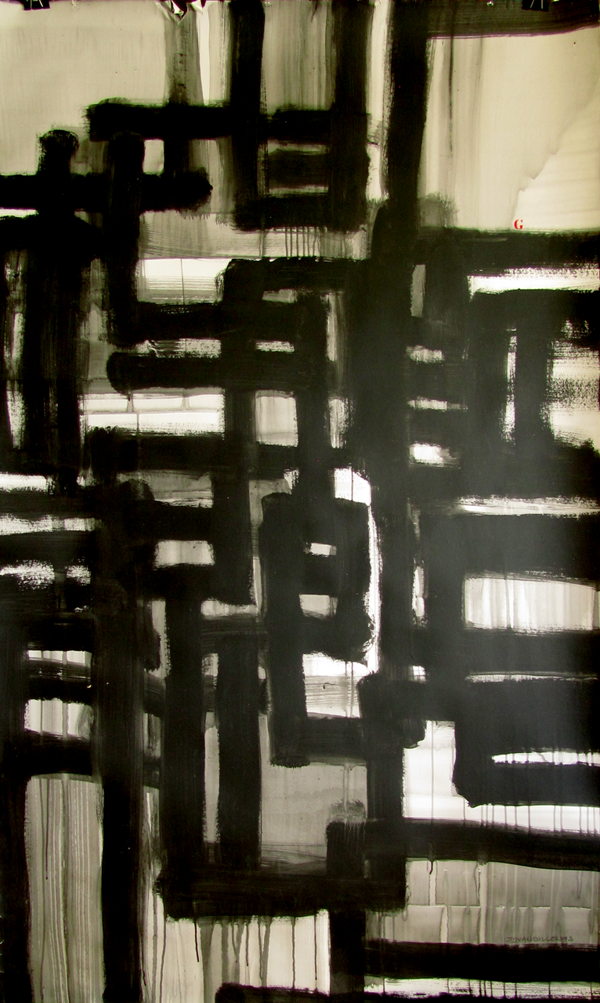 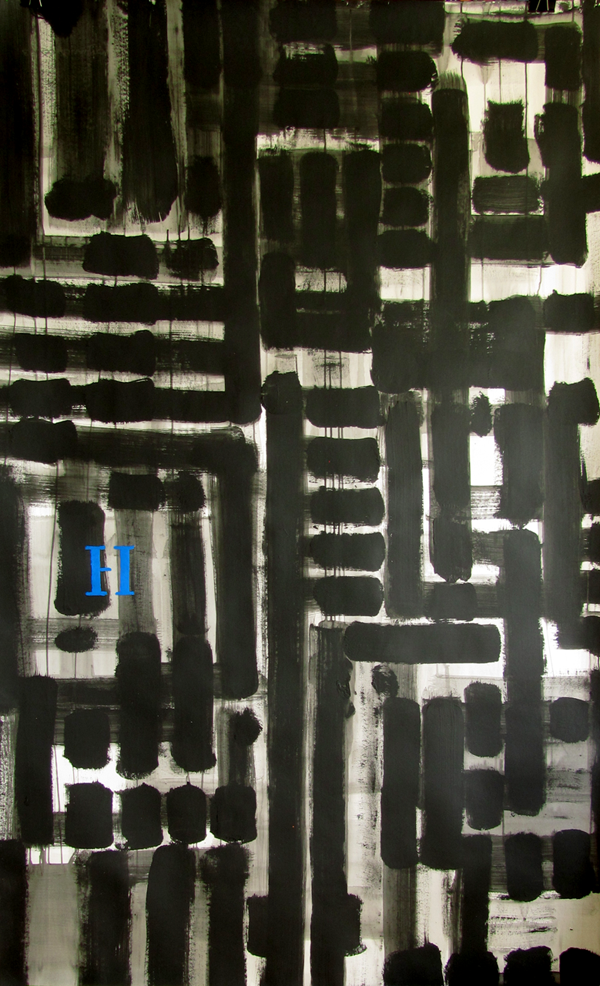 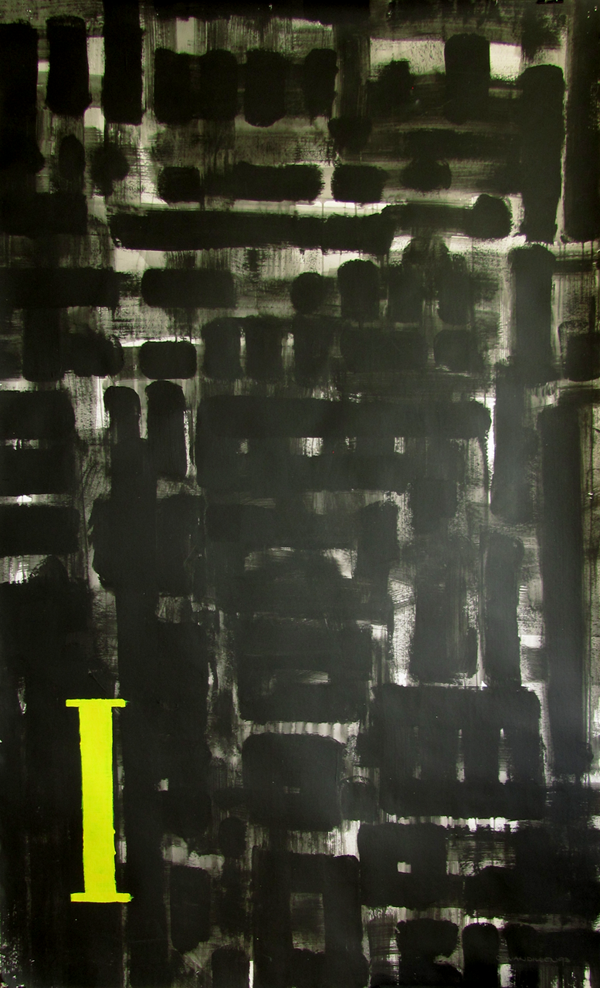 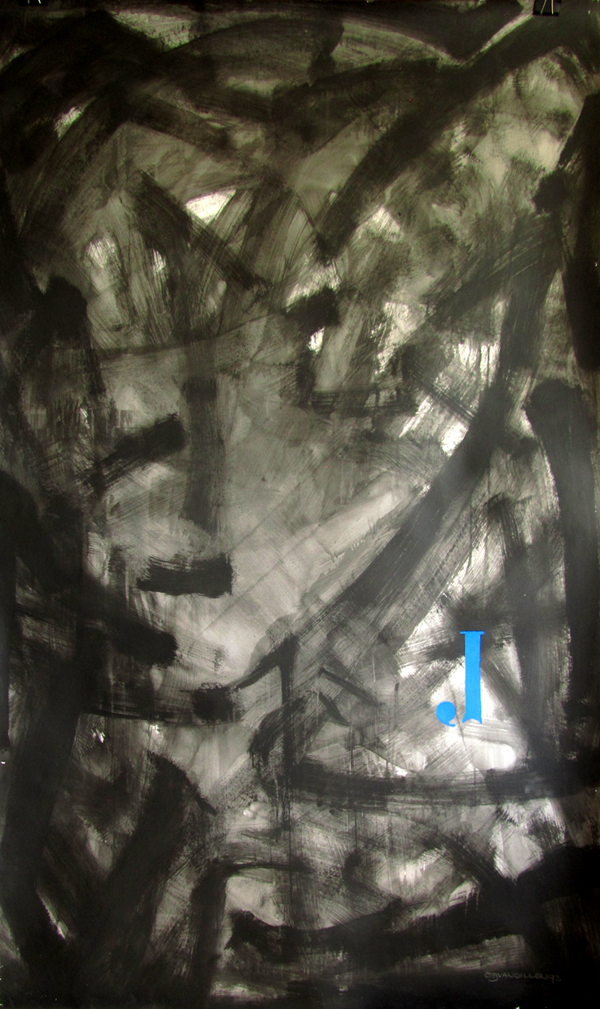 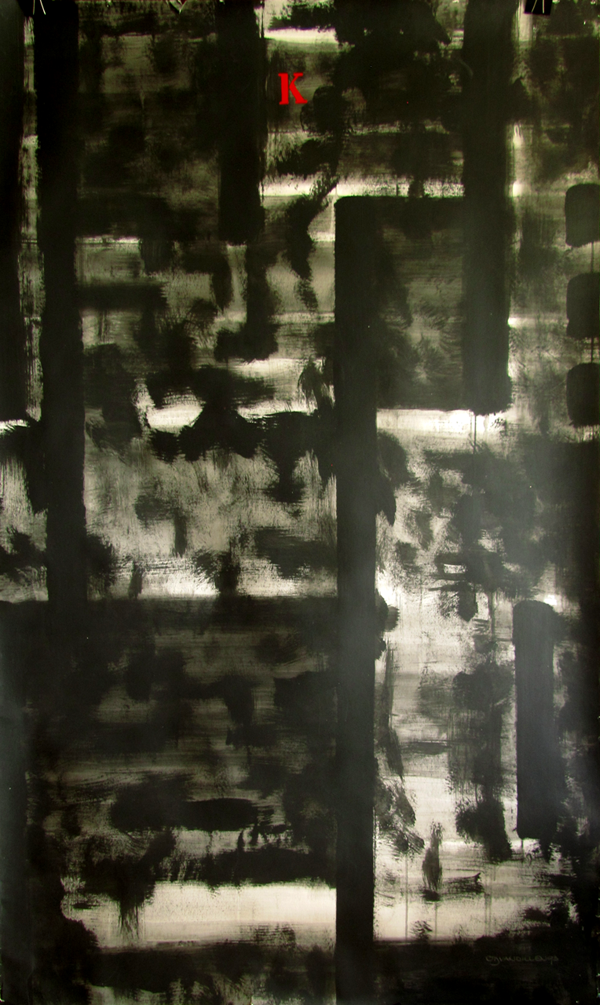 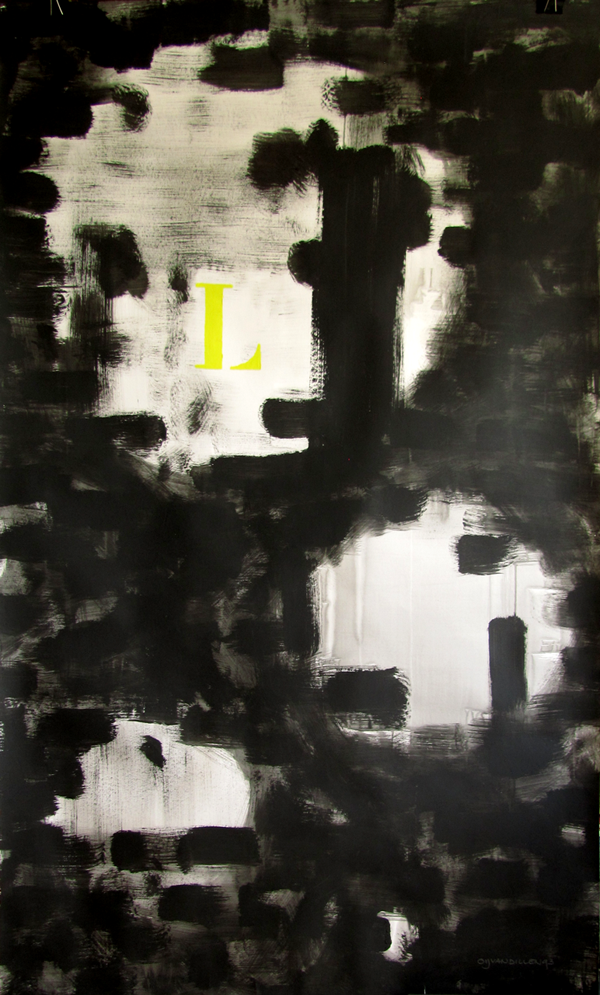 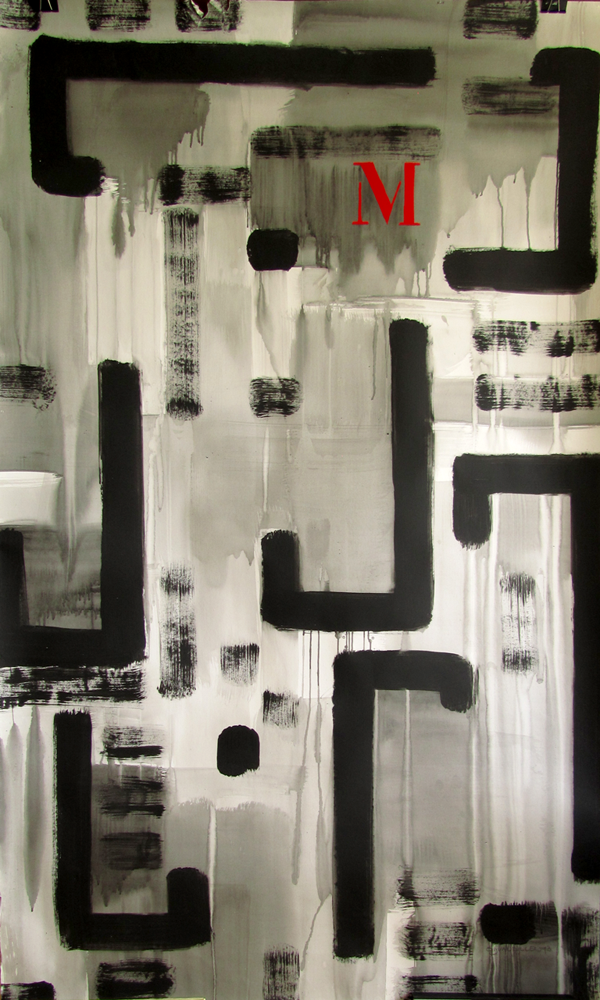 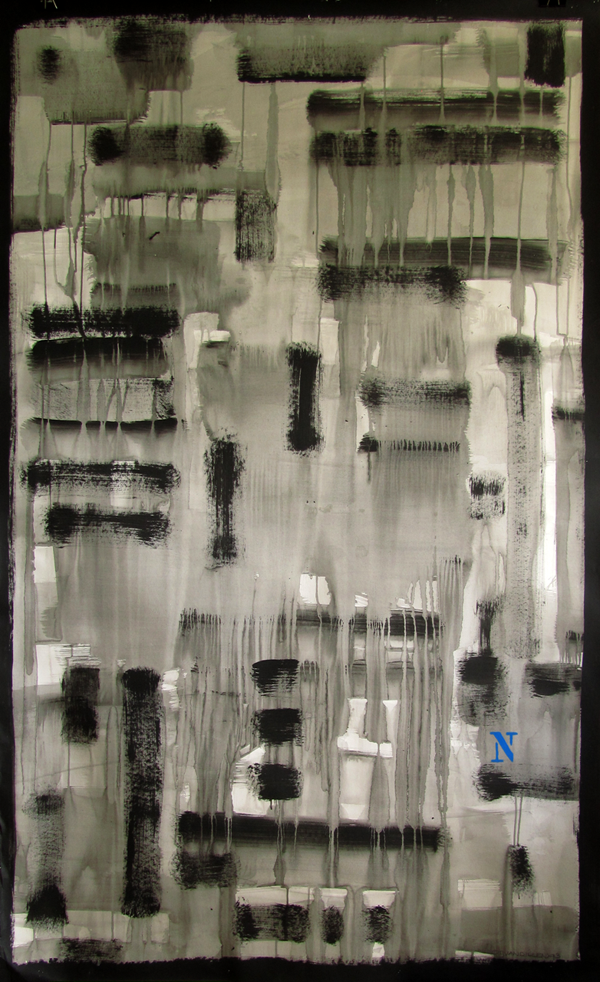 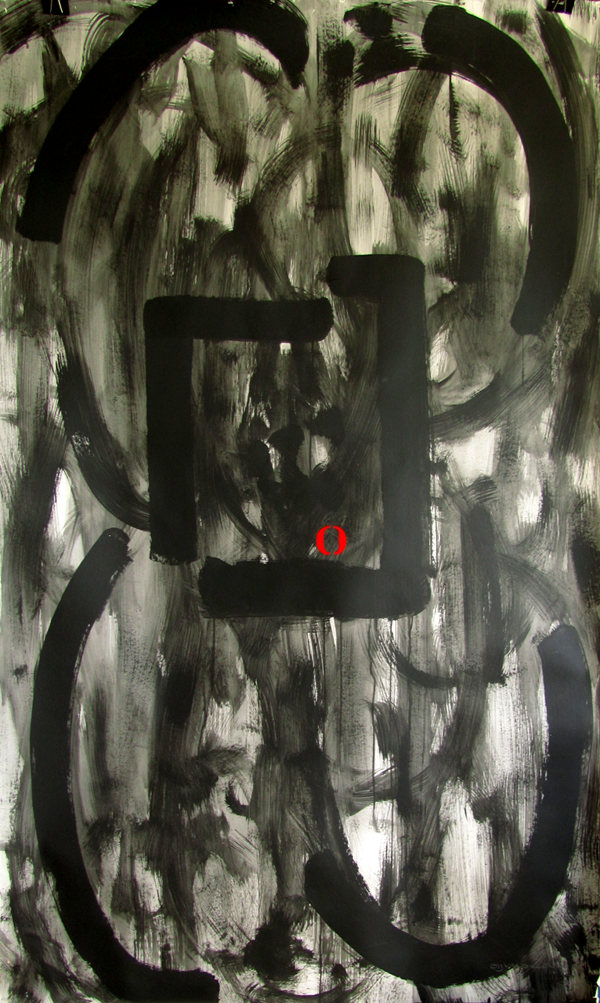 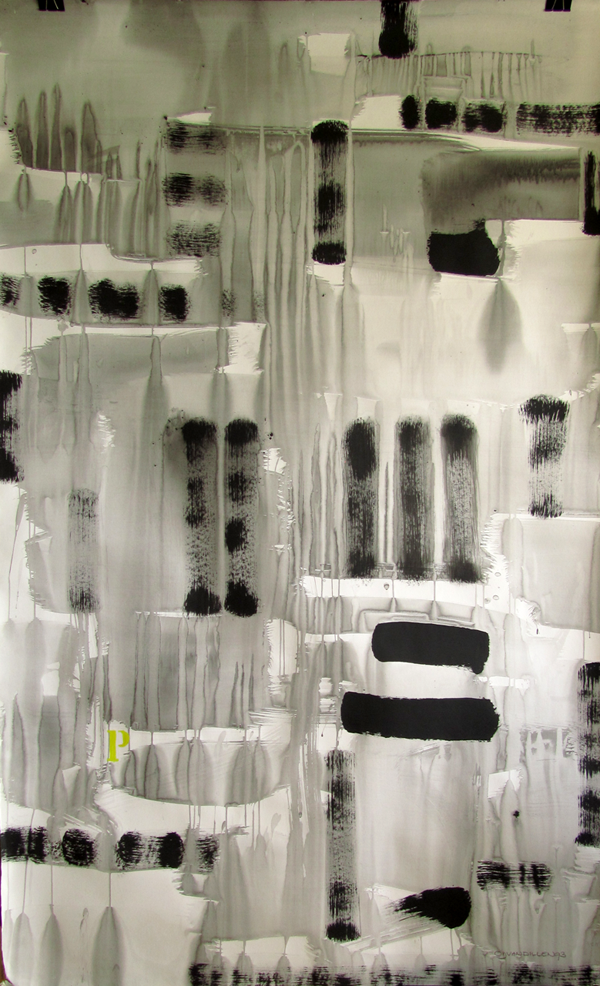 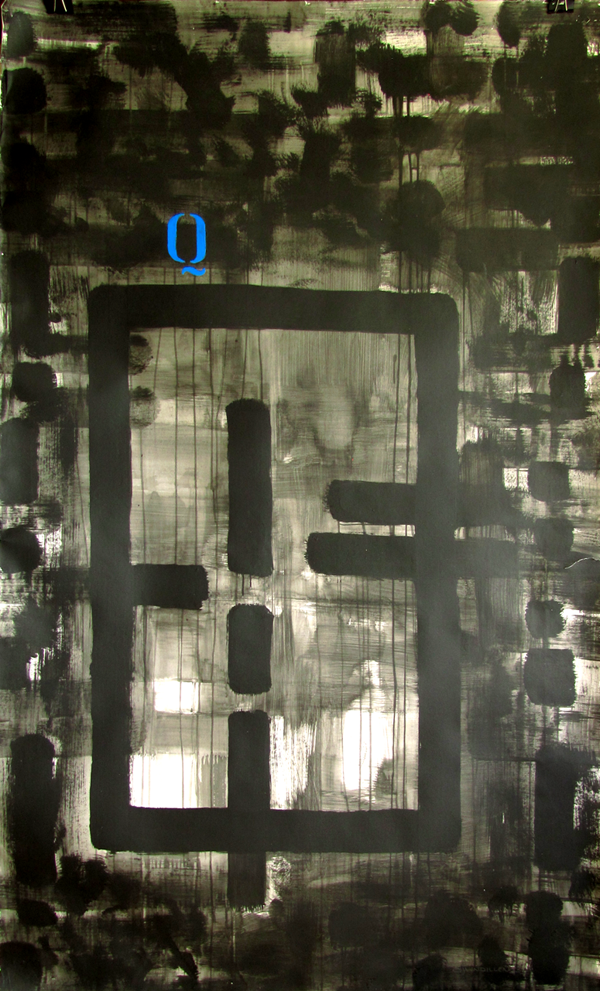 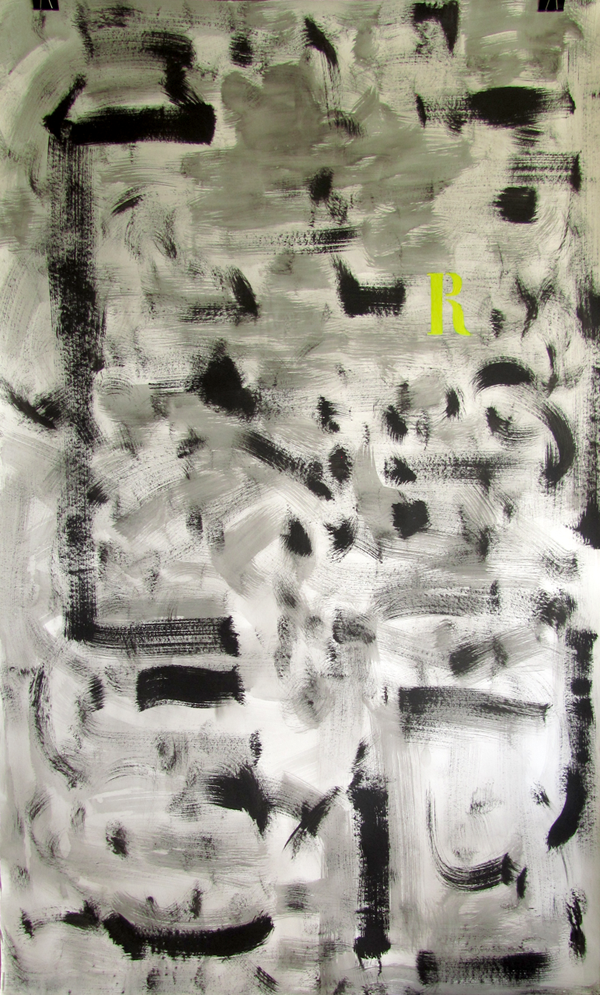 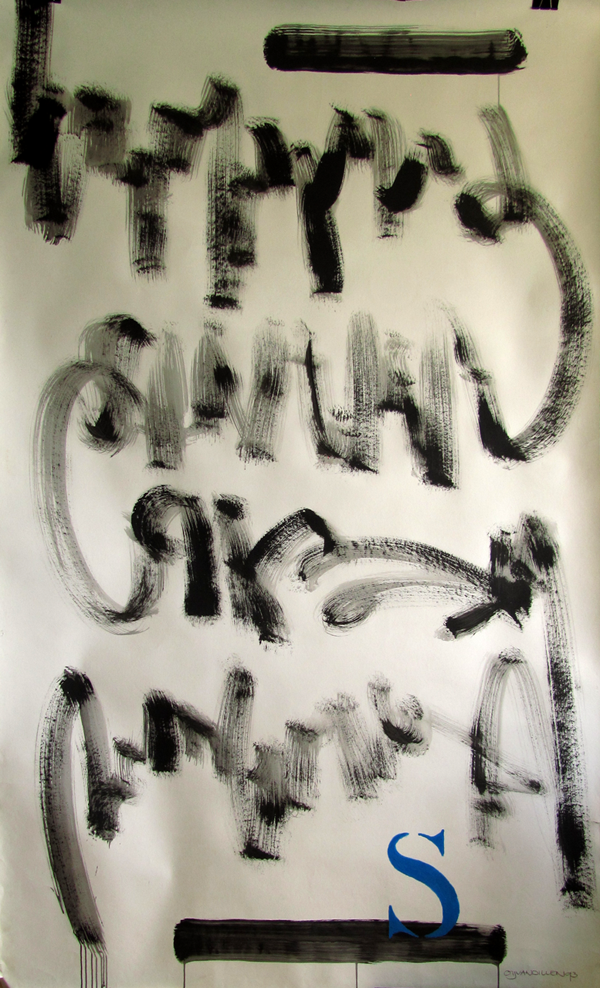 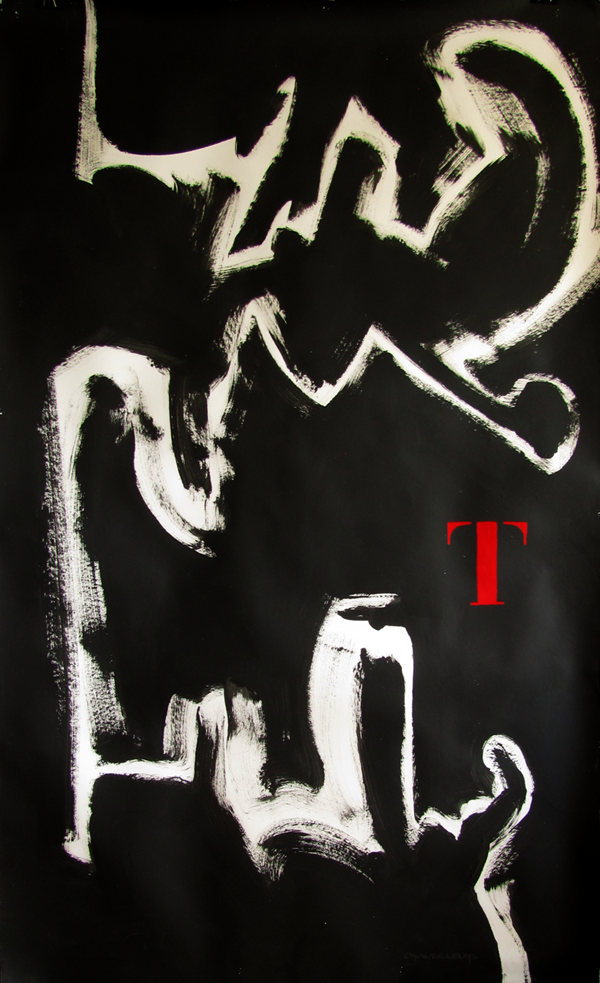 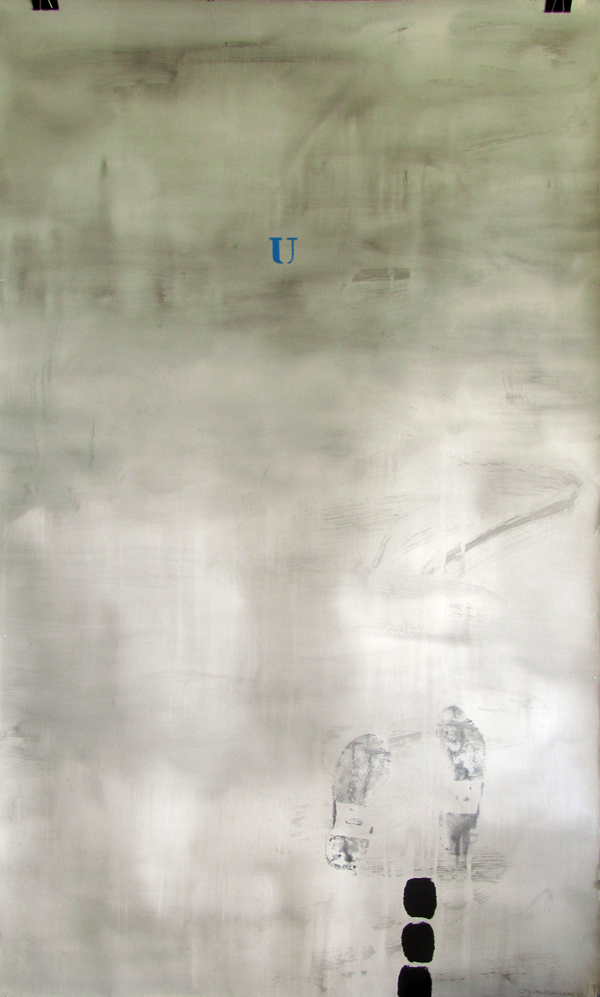 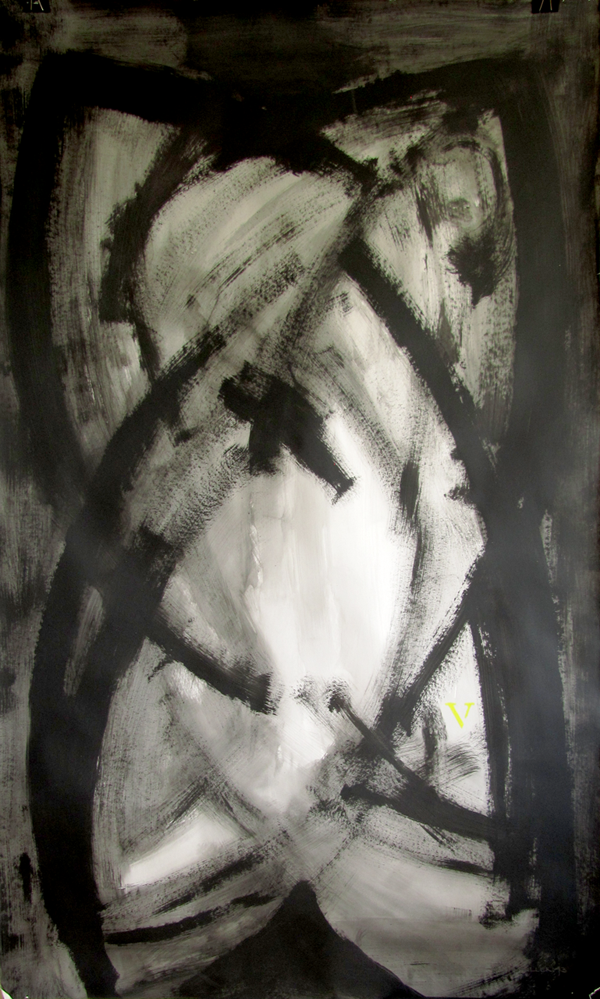 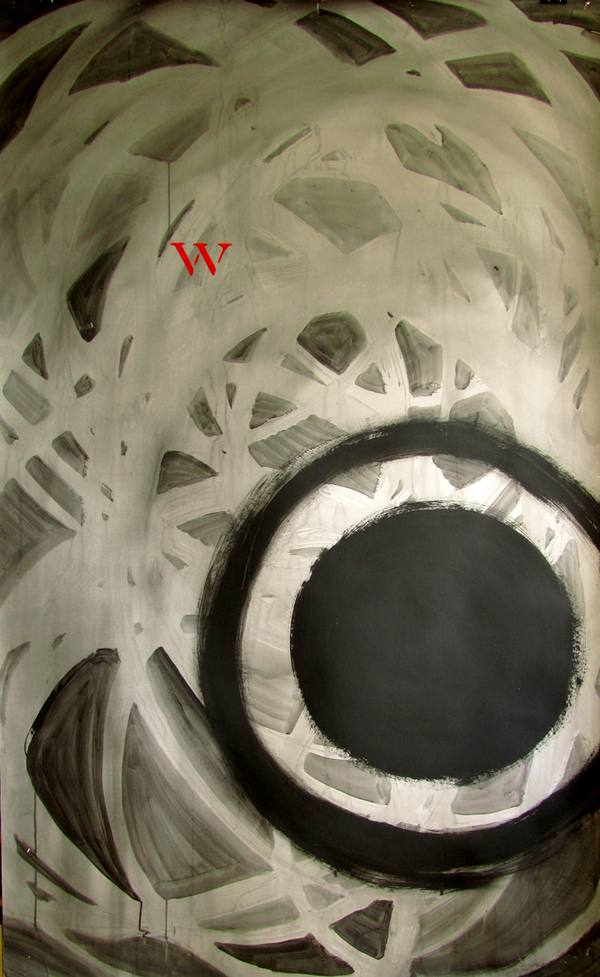 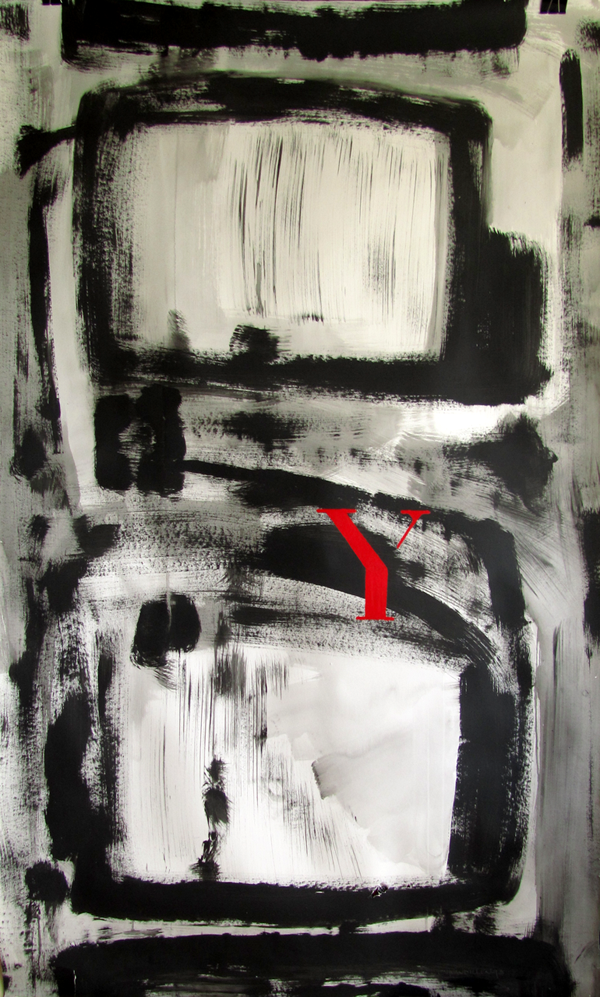 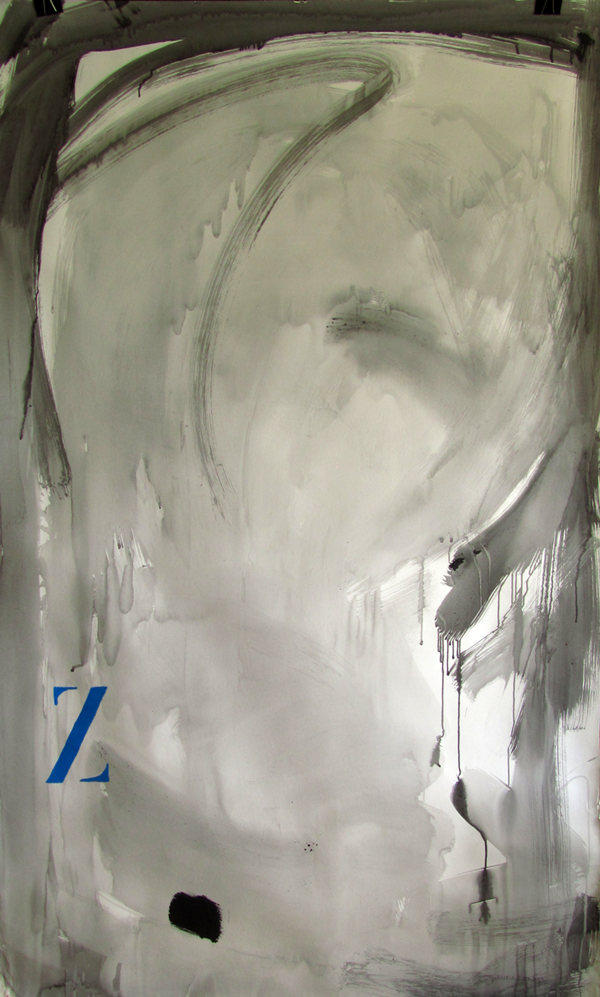